Everything You Need to Know About the Santorini Volcano

Certainly one of the Aegean Sea's magnificent wonders, the Santorini volcano should be towards the top on your must-see list of things to discover when you're on the island. Santorini has a rich past, the discovery of which began in the late 1960's and is still going on today.

The Santorini volcano has been a big player in shaping the area into what it is today, physically and culturally.  For a brief introduction, we'll start with a little history about the land formation and then get into a few suggestions about how to get the most out of a tour.

Santorini was once home to a settlement known as Akrotiri. Excavations that began in 1967 have revealed many interesting things about culture on the island such as dual-pipe plumbing, well-constructed buildings multiple stories high, and many artifacts suggesting it was a bustling city at one point in time. Its golden days would not last, however, because it was situated on top of a force no one could possibly imagine.

The island of Santorini is situated in the southern Aegean Sea not far from a major tectonic plate convergence. It's no surprise then, that this is the location of one of the infamous Minoan Eruption. This eruption was so big, that it destroyed every living thing and caused massive damage to neighboring islands and even part of Crete, which is about 75 miles away. Some even believe that this magnitude of resulting destruction started the stories about Atlantis.

Countless well-preserved artifacts and structures have been uncovered in the area thanks to the layers of ash that settled from the great eruption. Archeologists and historians have learned a great deal about daily life from things like frescos, pottery, and a workshop where textiles were probably made. 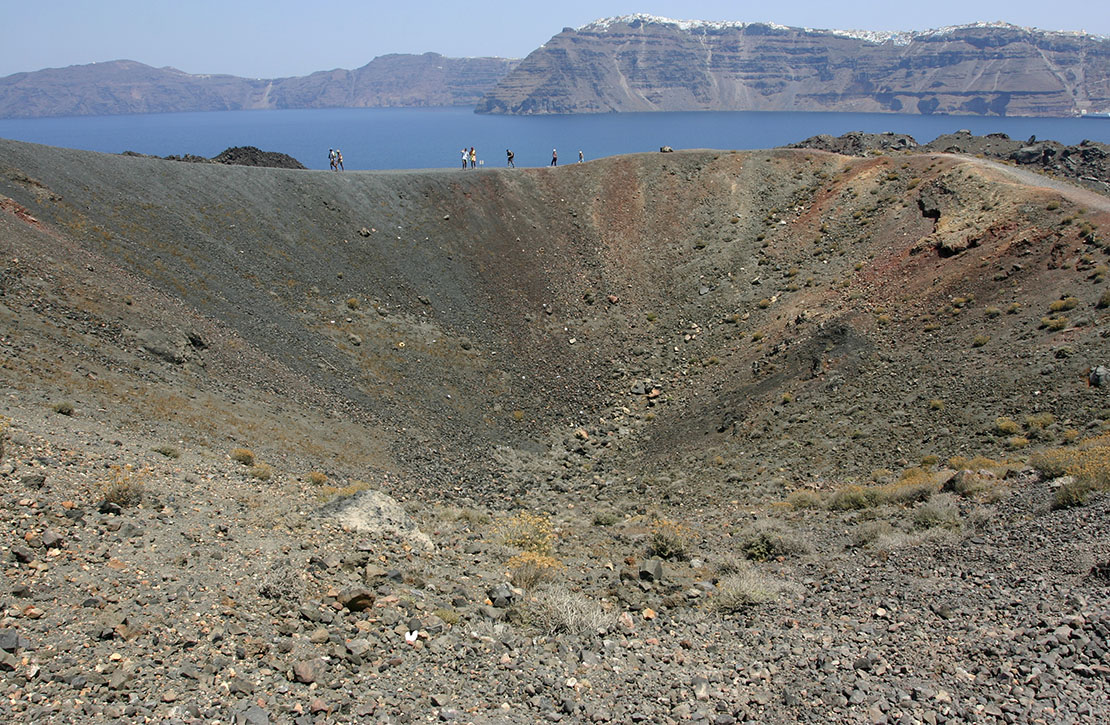 Tips for Touring the Santorini Volcano

Everyone experiences their vacation a little differently, so there are many pieces of advice a traveler might give to someone thinking about touring the Volcano for the first time. In our years of experience on the island, we have accumulated a lot of tips, tricks, and suggestions for anyone looking to take advantage of this new experience. If you're curious, just ask! To start, though, here are just a few general tips we thought would be helpful to everyone.

1. Wear comfortable shoes – Volcano tours are designed with everyone in mind, from exercise enthusiasts to bumbling toddlers, but make no mistake – you will be doing some walking. It will be worth the extra effort when you see the caldera and can actually walk around the edge of the rim. While the paths are well worn and there is no difficult hiking involved, wouldn't you rather have steady footing so you can enjoy everything around you?

2. Bring a camera – Even if it just the camera on your phone or a cheap disposable camera from the gift shop at the hotel, you will want something to capture the enormity of what you are going to see. The saying "a picture is worth a thousand words" doesn't even come close to the feelings elicited from seeing the Santorini Volcano up close and personal. You'll want to remember this tour for years to come.

3. Take a moment for yourself – When you're actually on top of the caldera rim, take a second and really look at everything all around you with your own eyes. Take in the magnitude of the land formation (a lot of which is under water now) and let it soak in. It is not every day that you get to see something like this, unless of course, you live next to an active volcano or some other wonder of the world. Since you're probably like most people who live in crowded cities or towns, take a moment to enjoy the panorama of land, sea, and sky.

Experience the Past and Present With a View to the Future

Why would you travel all the way here without viewing the land formation responsible for its existence? The events that transpired on this island led to some of the most significant discoveries in Greek culture next to Crete. In any other place buildings, artifacts, and history would probably not have been so well preserved and kept safe from the elements and unpredictable sea.

As devastating as the eruption was, if it had not happened, the wind and water from the surrounding Aegean Sea would have destroyed much of what we have to examine today. Only a small portion of remains have been uncovered so far. Imagine what we will discover in the next 5, 10, or 15 years of excavating. Maybe we will even learn a few things from what was left behind.

The island and everything on it today is all thanks to that massive, violent eruption centuries ago. Have a little appreciation for Mother Nature and capture a photo or two so you can remember this natural masterpiece any time you want. If you haven't already, get more information about the island and book a Volcano tour today! 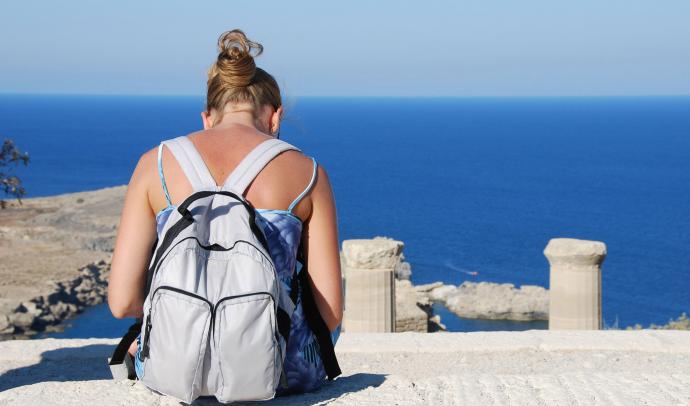 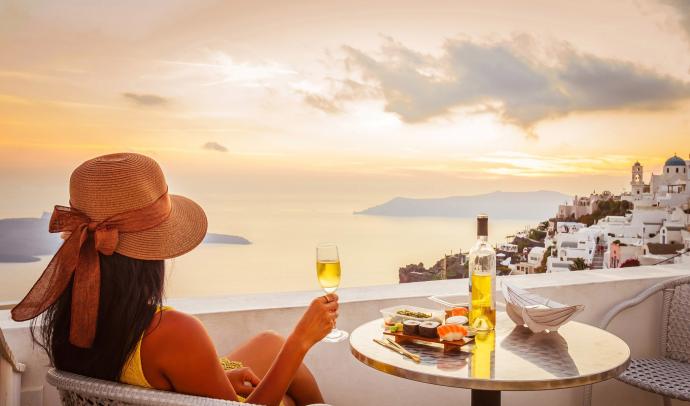 How to Get the Most Out of Your Time on Santorini 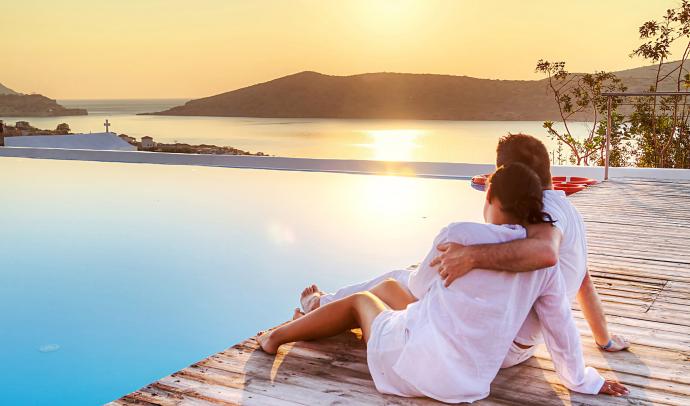 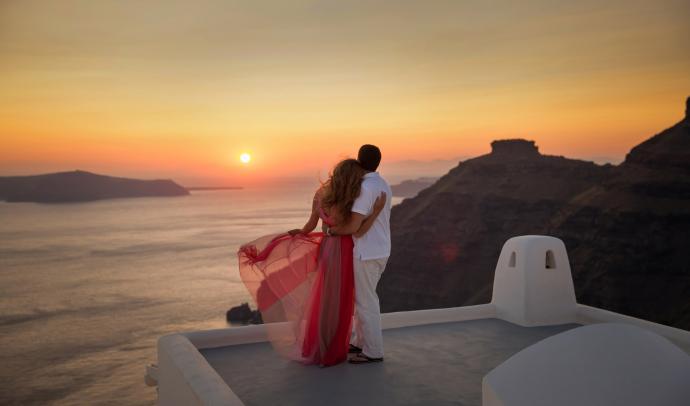 Feel the romance in Santorini 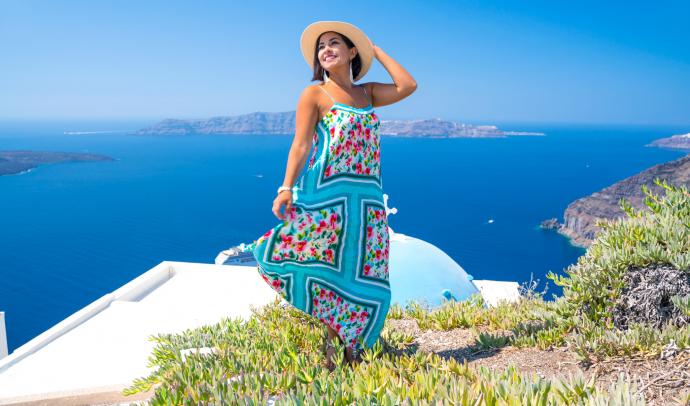 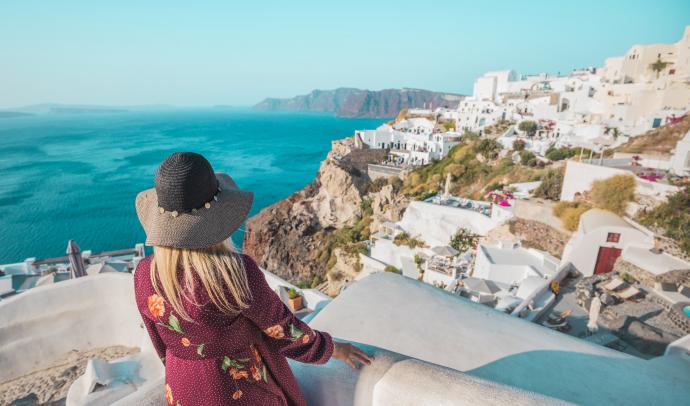 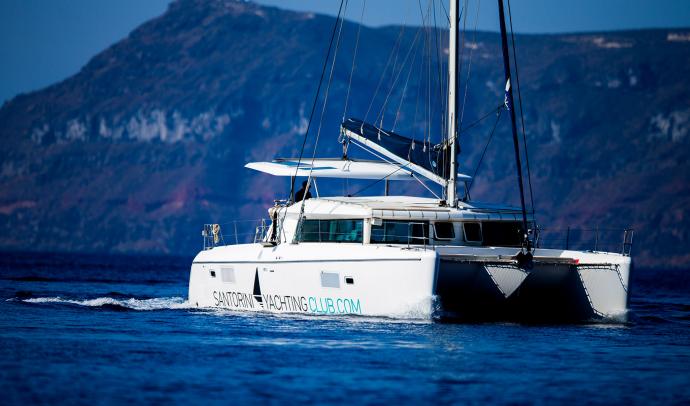 We want to stay in touch with you! Please follow us on social media so we can keep in touch.
Staying Safe During COVID-19
©2022 Santorini Best Tours by Omega Travel
a Simple work.