The Mysterious Beauty of Santorini’s Caldera

Legendary Views from the Heart of Greece

Santorini is one of those places everyone wants to visit, but few actually do. From astounding sights to an impressive geomorphological history, it’s not hard to see why Santorini is a dream holiday destination – especially with the Caldera to complete the picture.

While Santorini’s Caldera might look like little more than a large lagoon, this water-drenched slice of history dates back millions of years and has a millennia-long story to tell guests who feast their eyes on its majesty.

We get a lot of questions about Santorini’s Caldera every single day, and today, we’ll be exploring some of the most commonly asked questions we get asked on the daily.

So, without further ado, let’s dig deep into this – one of the oldest surviving natural wonders of the world!

1. What is the Santorini Caldera?

The Caldera offers travelers one of the most spectacular views they’ll find during their trip to Greece.

This large and mostly submerged volcanic crater gives onlookers a glimpse into the island’s history, and an impressive representative of what nature can do when left to its own devices.

2. What Type of Volcano is the Santorini Caldera?

This complex stratovolcano is, today, engulfed by the ocean.

Originally created by multiple, significant eruptions, the Santorini Caldera is the result of more than two MILLION years of explosive volcanic activity.

Today, all that’s left is the view – a portal into a different era frozen at the hands of time. A must for anyone’s bucket list when visiting the enchanting island of Santorini.

3. How was the Santorini Caldera Formed?

It is estimated that the Caldera we see today was originally formed around 3,600 years ago (during the Minoan eruption), by shield volcanos that are divided by a least four calderas that partially overlap.

Multiple subsequent eruptions in the heart of the Caldera formed Nea Kameni and Palea Kameni, the two small volcanic islands at the Caldera’s center. While the Santorini Caldera is dormant, it is still recognized as an active volcano.

4. How Deep is the Caldera in Santorini?

Only a select few of the largest ships that enter the protected bay can come to a secure halt in the Santorini Caldera. This circular shape is filled entirely with water, making it the only sunken caldera on the planet.

5. How to Get to the Santorini Caldera

The volcano is situated between Santorini and Thirassia island, and you’ll need to travel there by boat.

It’s a good idea to book a tour of the Caldera with an experienced guide who knows the history, the best routes to get there, and how to give you the most value for your money.

While we could talk about the Santorini Caldera all day, no answer on-screen can compare to witnessing the magnificence with your own two eyes.

If you have been on the fence about visiting Santorini for some time, allow us to share our two cents – don’t wait.

If there’s one thing the pandemic has taught us, it’s to do what we want while we still can.

To book a tour of the Santorini Caldera with Santorini Best Tours, contact our team immediately. We’ll show you sights that will stay with you forever! 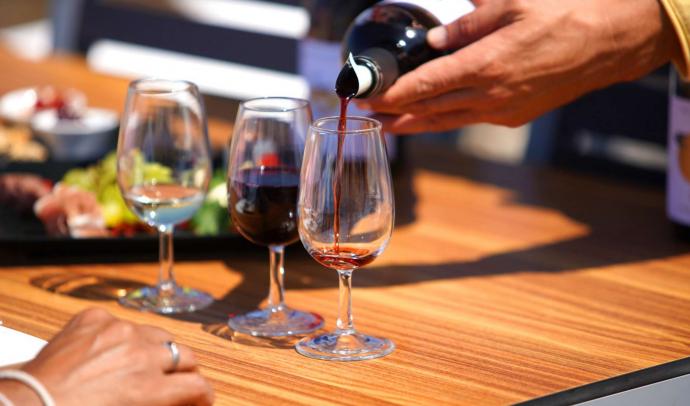 4 of Santorini’s Most Fanciful Wineries and Wine Tours 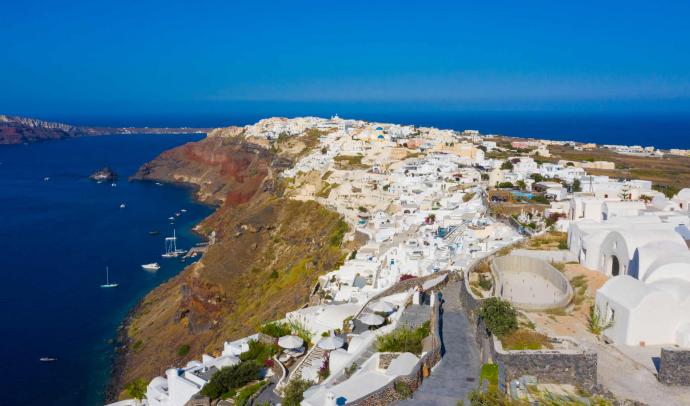 Santorini has Officially Reopened its Doors for 2021

A Santorini Holiday During & After COVID-19 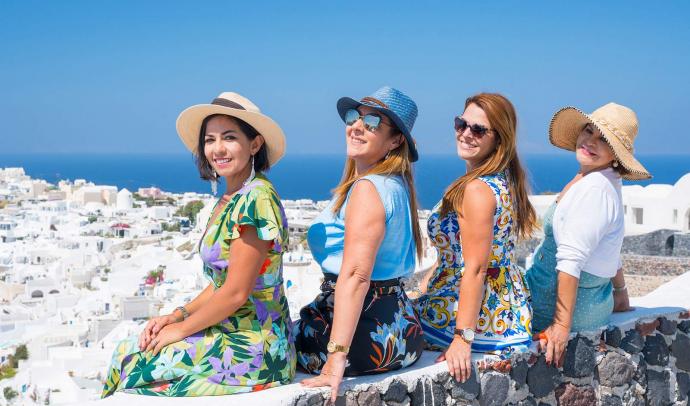 How to Organize a Perfect Private Tour in Santorini